In the middle of the heart of Lauingen – in the immediate vicinity of the Schimmelturm – one building stands out in particular: a house built in 1873 with playful stucco facades from the origins of Art Nouveau, in a delicate shade of yellow. Over the years, the ravages of time have gnawed at the building, which is located in the immediate vicinity of the famous „Hotel Drei Mohren“.

When Alexander Lodner acquired the “Geniesserhotel” building, he was faced with the task of how he could do justice to such a building. He succeeded in this with a great deal of tact, a high degree of personal contribution and years of work that will probably never be completed. He had to lead the building into the 20th / 21st century, but was not allowed to neglect the soul and thus the comfort that such a building exudes. With great attention to detail, the family created a haven of peace for body and soul, which is a clear commitment to conveying this attitude to life.

With the acquisition of the „Hotel Drei Mohren“, the size was already a challenge for the family. Such a historic building, repeatedly renovated, changed or adapted to the zeitgeist, made special demands on everyone involved. Even after all these years, the family would never say that the building is finished, there are always cautious improvements, the implementation of which should not disturb the guests too much, but should also not rob the building of the soul.

Just as with the buildings, the Lodner family also treat their guests. They carefully explore the needs and wishes of their guests and try to respond to them.

The “Hotel Drei Mohren” has a long history and the thick walls bear witness to a time long past. 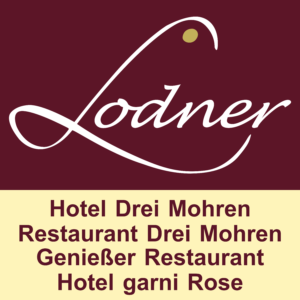